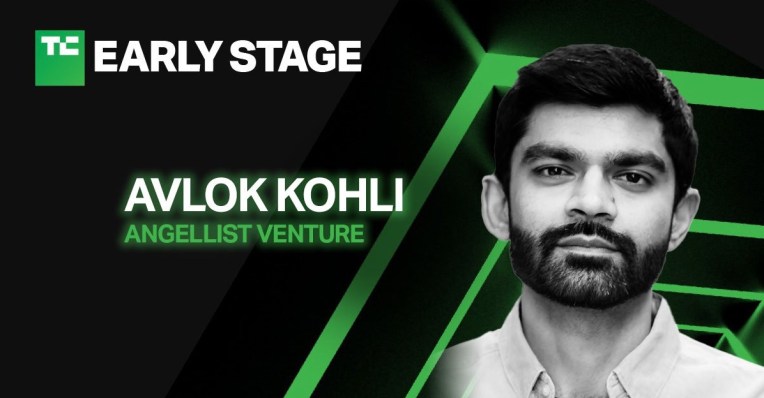 Few companies have deeper insights into the day-by-day state of venture capital than AngelList. According to the company’s data, over 51% of the “top tier U.S. VC deals” involve their platform and tools, giving them a remarkably expansive view of everything going on.

AngelList Venture CEO Avlok Kohli joined us at TechCrunch Early Stage to discuss topics ranging from the state of the market to his thoughts on why there’s suddenly so much money flooding into VC (sending valuations to the sky), and where AngelList could go from here. We started with a presentation wrapping together everything Kohli is seeing in the industry right now, followed up by a largely audience-driven Q&A.

I’ve embedded the full interview at the bottom of this post, but here are some highlights:

Kohli says he never expected to end up in the venture industry, but the potential for AngelList to grow into something entirely new drew him in:

“I definitely did not think of venture as the industry I would be in. What actually attracted me to it wasn’t necessarily venture, it was actually the makings of a financial platform and being able to build tools and products that eventually extend to founders. When I stepped in, a lot of our tools were built for GPs and LPs — really the funder side — and how you’d reduce the friction and get more people coming into venture. Really leaning into the solo capitalist movement, and having more LPs coming in.

Then there’s also this opportunity to start building founder products, which obviously is near and dear to my heart. I do think there are a lot of things we can do to improve not just the fundraising experience, but also the downstream products that they can use. All the way from banking, to spend management, to cap tables, the whole nine yards. I think there’s so much we can do there.” (Timestamp: 10:11)

When I later asked him to elaborate on what those founder-focused products might look like, Kohli expanded:

The next generation of global payments: Afterpay + Square

The pandemic effect is slowing